This page will redirect
to Google.

Donate for a chance to win a photo signed by New England Patriots Safety and Captain Devin McCourty!
DONATE to our campaign!
My name is David Ouellette and my story is never easy to tell.

On a crisp February morning, I sat before New Hampshire lawmakers in a packed room at the State House in Concord and felt the burden of decades of trauma. It was the first time I’d ever testified as a victim of childhood sexual assault. But in that moment, I was not alone.

I was joined by other brave survivors who, on that day, courageously shared with policymakers their stories of sexual abuse to advocate for change and for the safety of future generations. My story focused on the 15-year-old boy who was sexually abused by his priest. As a man, I now take care of that boy. I’ve promised him that I will continue to tell my story until no other child ever has to endure his same pain.

I did not disclose the sexual abuse I’d suffered at the hands of my priest until decades after the fact – first to my wife, and then my children. When I finally came forward in 2002, I did so after realizing the truth was far too important to conceal.

When I connected with the New Hampshire Coalition Against Domestic and Sexual Violence this year, I learned that advocates were working to pass a bill to remove the civil statute of limitations for sexual assault. They asked me for my help to end the arbitrary timelines that deny survivors the opportunity to seek justice by filing a civil lawsuit against the person who abused them. I was called to help; I wanted to do my part to ensure this bill became law.

The Coalition asked me to speak my truth in front of legislators, TV cameras, and the world, but they knew how hard it would be. They stood by me, and other survivors who have come forward, then and now.

That morning at the State House gave me the opportunity to take my life back and speak up for people who still cannot speak for themselves. After decades of silence, I had found my voice.

When I learned the Governor had signed the statute of limitations bill into law, I knew my voice had been heard. It took a long time for me to get the courage to say that this happened to me. Although for me it is too late, this law will help others tell their stories and feel protected.

The Coalition’s work resulted in not only abolishing the civil statute of limitations, HB 705 was one of the most comprehensive sexual assault bills in New Hampshire history. This bill, along with several other laws the Coalition helped to pass in 2020, have created a historic number of protections for victims of both sexual and domestic violence.

Coalition staff members are powerful changemakers who work hand in hand with survivors to improve our state at every level.

The Coalition was even able to give me the pen that the Governor used to sign HB 705 into law! Today I keep this pen as a reminder that my voice matters, and that change is possible.

Will you stand with me in supporting the critical work of the Coalition to ensure that voices like mine continue to be heard?

Please donate generously today so that we can continue to create a future where children are safe and protected, and survivors can seek the justice they deserve.

Thank you for your support,

P.S. Great News! A generous donor has agreed to match our Annual Fund donations up to $20,000! Donate today and make your gift have even more impact.

Thank you for supporting the Coalition 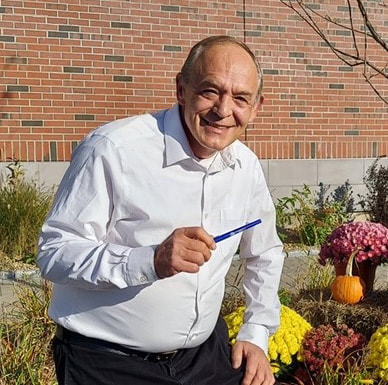 ​Pictured here is David Ouellette, holding the pen that the Governor used to sign HB705 into law.
Thank you for standing with me in supporting the critical work of the New Hampshire Coalition Against Domestic and Sexual Violence.

Creating safer communities free of violence and abuse is a shared responsibility, and our commitment must be steadfast. With your unwavering support, we’re expanding vital protections and services for survivors now and always.